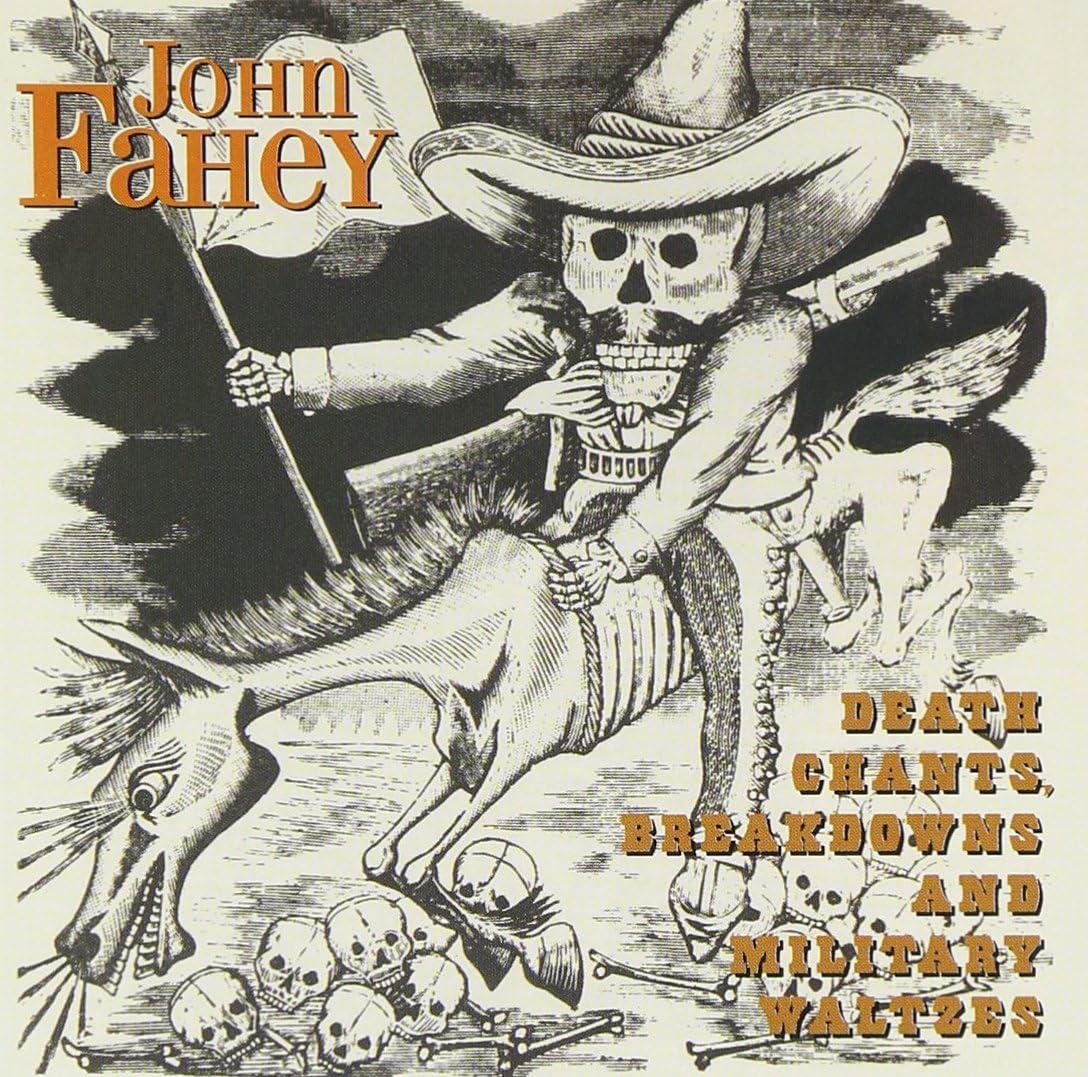 This inspired collection reissues all the music from John Fahey's genre-expansive, groundbreaking 1964 disc "i"Death Chants and its (mostly) rerecorded version from 1967. On both discs Fahey's finger picking is nimble and awe-inspiring, his head afire with ideas both revolutionary and musically pure. His goal was to reconcile a love for American primitive folk traditions and 20th-century classical music; by 1967 he'd largely succeeded. Death Chants is one of the most intense, life-affirming, and visionary recordings of the 1960s, and the clear (and thankfully not digitally messed-with) sound plus context-heavy, insightful liner notes by Byron Coley make the reissue a must even for folks who own the original artifacts. --Mike McGonigal

Fahey recorded two versions of this album, one in 1963, the other in 1967; this deluxe reissue gives you both! This was his second album, and the first to get any kind of distribution (the re-record benefits from better fidelity); with compositions like When the Springtime Comes Again; Some Summer Day , and the epic America , it's essential.